Napoleonic Austrians to Start the Year

A Happy New Year to all!  I closed out the old and rang in the new yesterday and this morning by completing most of my 1HW Austrians. 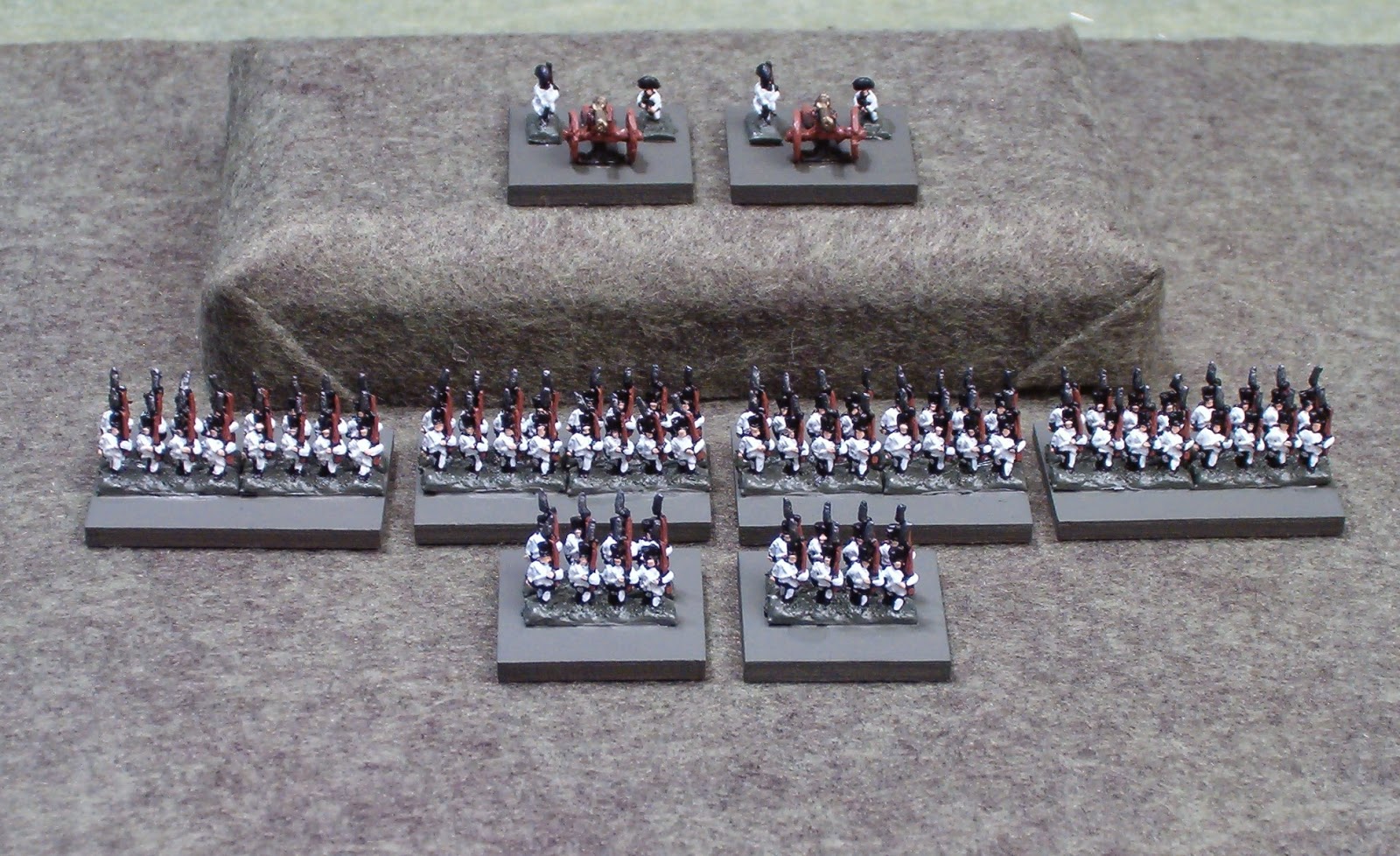 All I have left to do are two units of cavalry, and my 1HW Austrian army set will be complete. 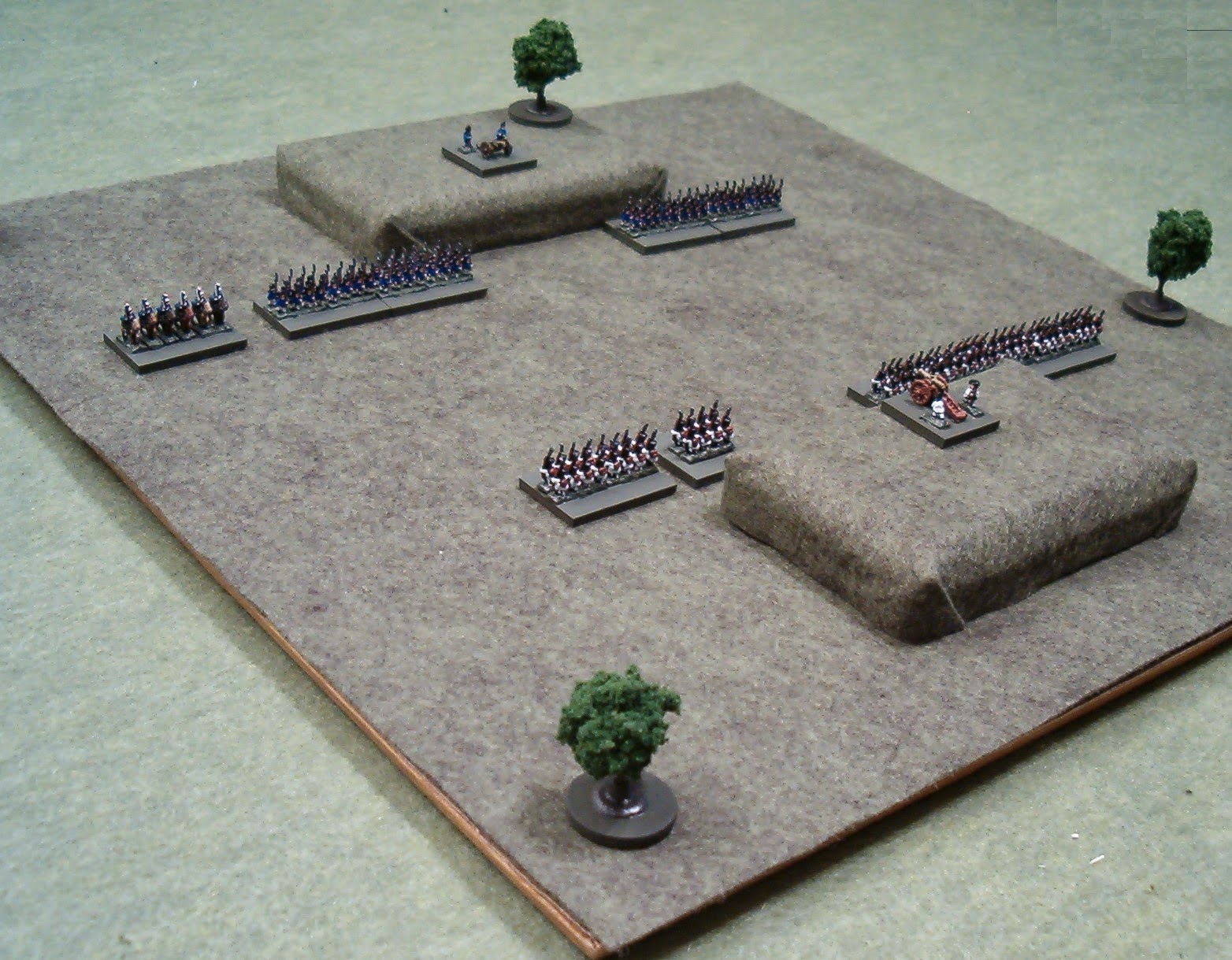 French and Austrians lining up for battle

Been working on terrain too. The felt I ordered arrived, and I tried a (for me) new hill making technique by "gift wrapping" some beveled wood blocks in the same felt I'm using for the flat terrain. A bit stylized, but very practical. Trees have arrived as well -- I had nothing appropriate for 6mm minis on a 15" square battlefield -- and I mounted them on 1" round bases.

Of course the next steps are to play out a full game, put up a bat rep, and then finish painting my Austrian cavalry.

After that some more terrain. I still have some buildings to paint, some blue and tan felt to cut into rivers and roads, and some hobby wood to build a bridge or two.
Posted by Chris C. at 11:45 AM

The Clash of Spear on Shield